Enter the email you registered with

Gates is a medical clinic specialised in nutrition services and obesity management. The clinic was founded in 1989 by Prof Dr Mohamed Aboulghate and is currently led by him. As the name suggests, it is a constellation of various “Gates” or doorways that help you pave your way to a beautiful body and a healthy life.

Gates team now includes doctors, nutritionists, cosmetologists and physiotherapists all of whom are specialised in managing obesity and the conditions related to it. We take pride in being one of the leading medical centers providing comprehensive obesity management services not only in Egypt, but also throughout the Middle East. 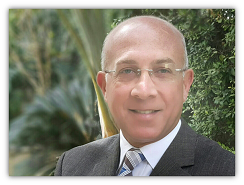 Dr. Mohamed Aboulghate is a Professor at Cairo University, Faculty of Medicine. He graduated in 1978 with a bachelor degree of medicine and surgery from Cairo University. He obtained his MD degree from the University of Amsterdam in nutritional sciences and obesity. He started his career in obesity management at the clinical nutrition clinic of Amsterdam University Hospital, from which he obtained his MD degree. He then became a fellow of Buchinger institute in Germany and has since visited several European centers specialised in obesity management.

He became the first Egyptian member of the European Association for the Study of Obesity (EASO). He is also one of the few professors who became members of the Obesity Society, the largest association for the management of obesity in the U.S and Canada.

He is also the Secretary General of the Egyptian Medical Association for Studying Obesity and a significant and prominent member of the North American and European associations of obesity study. He is now considered to be one of the leading scientists and highly regarded physicians in this field.